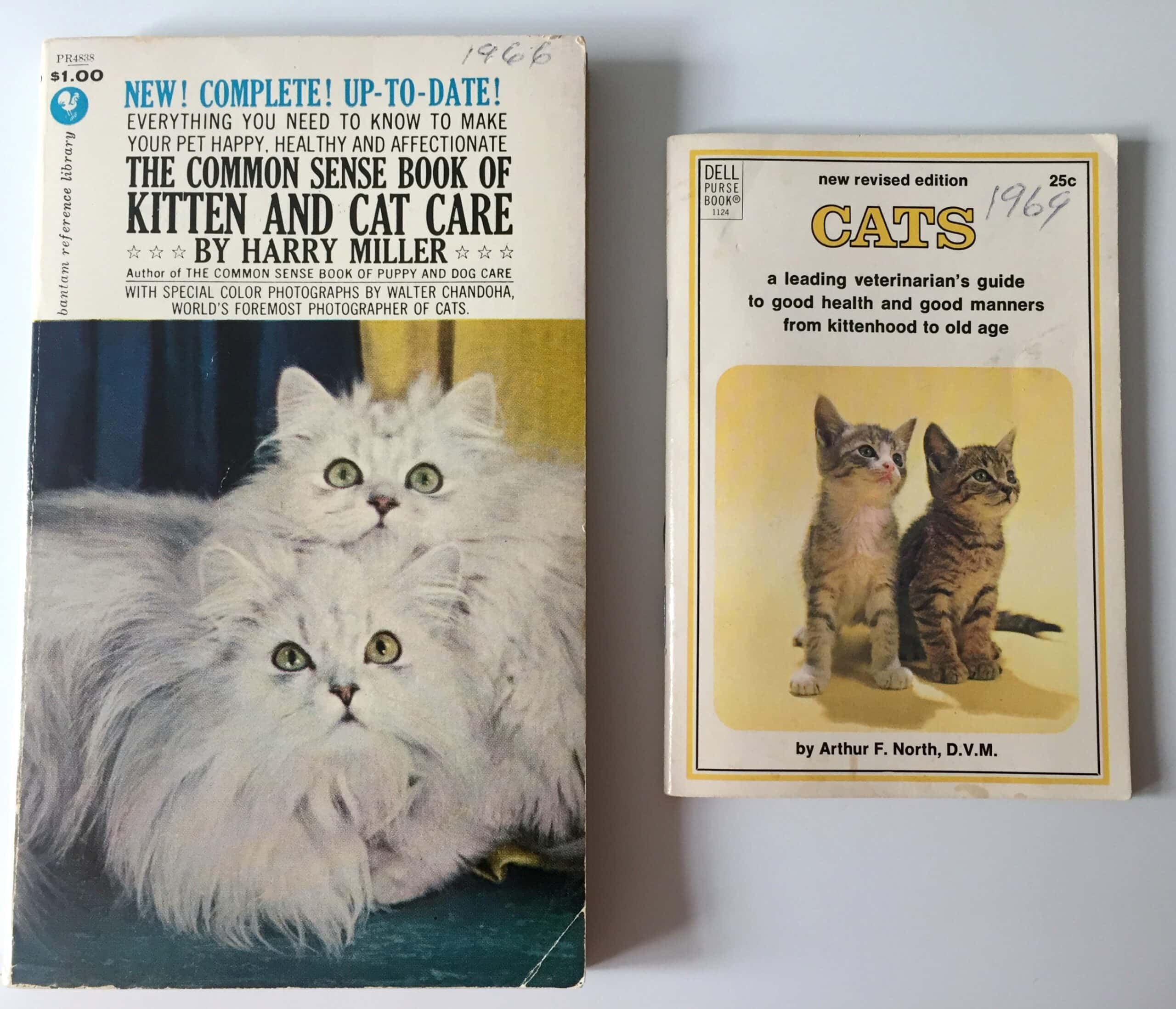 A friend recently gave me two cat care guides from the 1960’s. The Common Sense Book of Kitten and Cat Care is from 1966, Cats is from 1969. Looking through the books was a fascinating exercise in realizing how far we’ve come in understanding cats better over the last 50 years.

The books got some of the basics right, but they got so much so very wrong. I thought I’d share some of the examples with you.

“Milk (whole or condensed) is essential to a kitten’s development. Until he is three months old, his breakfast and dinner should consist of milk.” Of course, we know now that most cats are lactose intolerant, and milk will cause digestive upsets.

“The grown cat will benefit from a variety of foods.” That sounded promising. Except then it was followed with, “breakfast might consist of buttered whole wheat bread, cut into cubes combined with scrambled eggs.” For the human, maybe. For the cat, not so much!

I found this advice for moving with cats particularly amusing (and I had actually heard that before): “…shut him in one room or in the cellar, and daub his foot pads generously with butter. By the time he has laboriously cleaned off all four feet, he will have become acclimated to his new quarters.” The idea behind this is actually a good one: make the cat associate the new house with something positive. The execution of the idea? Not so much.

There was plenty of bad advice when it came to behavior, ranging from “a firm slap on the nose” to “restrain a cat whenever he attacks” to deal with undesired behaviors.

The worst advice, not surprisingly, was that one way to deal with scratching is to declaw cats. “Removing a cat’s front claws does not cause him unhappiness and discomfort, and the operation is painless.” Of course, we know better today. Declawing is inhumane and unnecessary and is banned in 39 countries around the world, and in New York and New Jersey. The Paw Project is working tirelessly to get more anti-declaw legislation passed in the US.

I don’t doubt that these books were written with the best intention of helping people care for their cats in the best way possible with what was known at the time, but I’m grateful that we know so much more about cats and their behavior now.