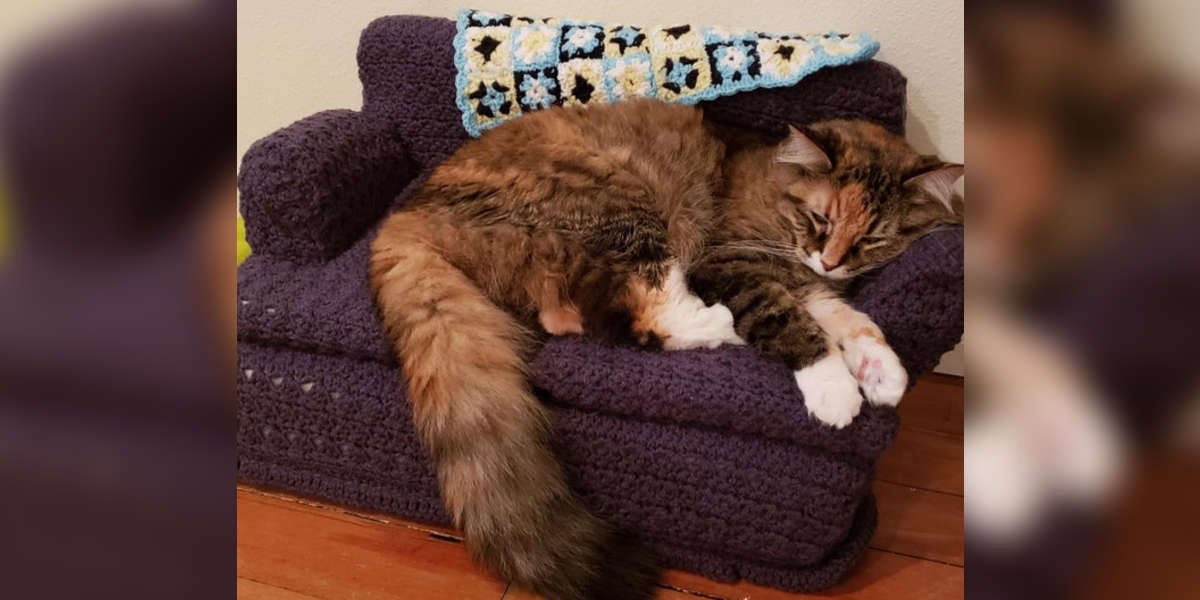 Sometimes the best present isn’t one you buy — it’s one you make by hand. That’s what a cat named Cat learned when her grandma decided to craft a special place for her to nap.

Cat usually prefers to sleep on top of her dad’s feet, which can get a bit complicated if he needs to stand up. “She is goofy and erratic, one of the weirdest cats I’ve ever had or been around,” Josh, who asked that his last name not be used, told The Dodo. “I work from home, so she mostly sleeps on my feet all day. Then she gets playtime and zoomies at lunchtime and at 5 p.m. when I’m done for the day.”

When Josh’s birthday arrived, his mother-in-law decided to make something special for Cat that would help Josh and his feet out as well. “I’m notoriously hard to shop for so many of my birthday or Christmas presents end up being Cat’s presents,” Josh said.

Cat wasn’t quite sure what to make of the present when it first arrived: “She was very uninterested at first,” Josh said. “The box it came in was a big hit though. But she started to come around.”

It’s taken Cat a few tries to learn how the couch works, but now that Cat has had some time to get used to it, she’s a fan.

Josh’s feet are finally getting a break thanks to Cat’s new couch, and he’s glad the senior kitty finally has a place to rest where she feels secure.

“She likes to alternate between sleeping on a person, and sleeping on a pillow,” Josh said. “She’ll find the nearest available lap, but if the person is too fidgety she’ll get up and find a good pillow. The last couple days instead of a pillow she’ll hop on her couch.”