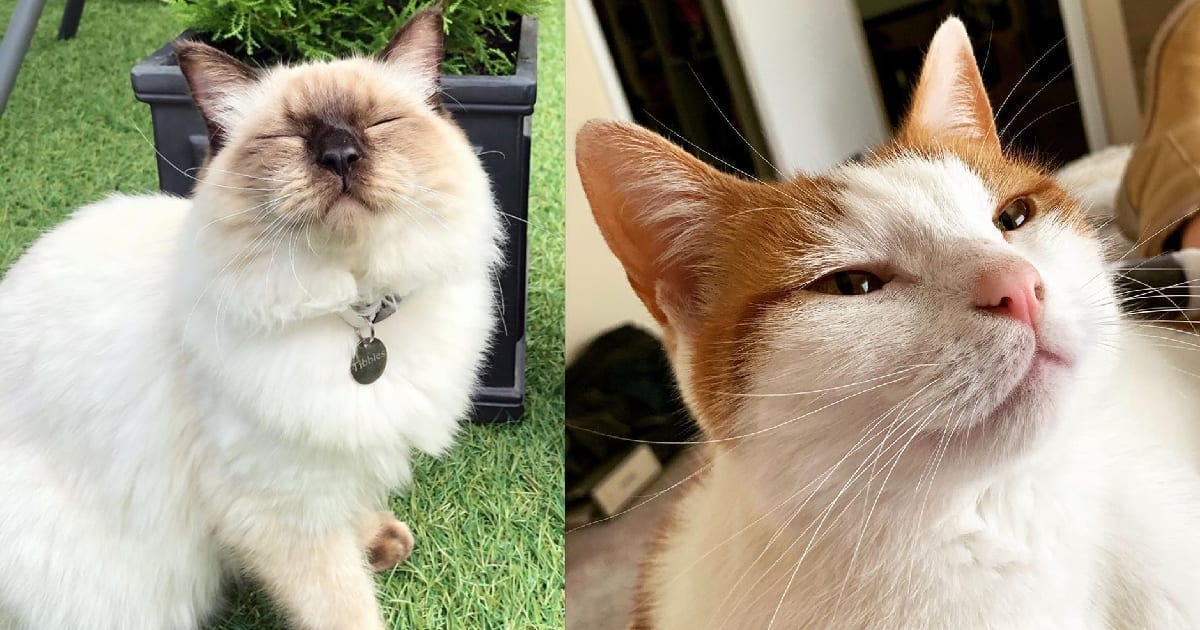 As cat parents, we work hard to learn the language of the feline so we might better communicate with our kitty darlings.

And one of the favorite ways we speak with our cats is the slow blink! Cat lovers know that luxuriously long blink is a sign of a happy, friendly feline. But now, research is putting fact behind what our hearts tell us.

Animal behavior scientist Karen McComb with the University of Sussex in the UK worked as part of the study on slow blinks. As a cat mom herself, she’s delighted about the findings, explaining, “It’s something that many cat owners had already suspected, so it’s exciting to have found evidence for it.” 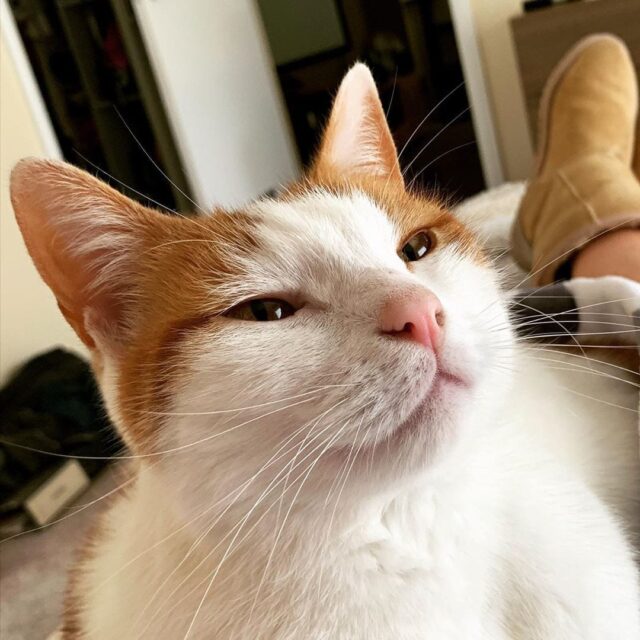 To study the slow blink, which can be equated to a friendly smile, researchers set up two different versions of the experiment.

In the first round, 21 cats from 14 homes served as slow blink subjects. The cats were studied in their own homes, which kept the kitties nice and calm as they were in their familiar surroundings. Researchers instructed the cat parent to sit one meter, or roughly 3 feet, from their cat and give their cat a slow blink.

The outcome of round one? 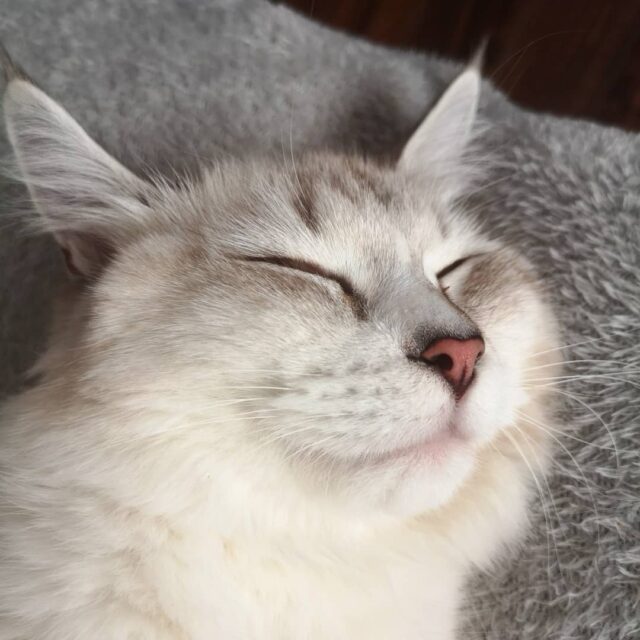 Round two saw a similar setup with 24 cats at home in 8 different households. What differed was who interacted with the cats. This time the researchers blinked at the cats. But, before the blinking began, a control interaction where the researcher stared with a neutral expression served as the baseline for this portion of the study.

Once the slow blinking began though, most of the cats returned the communication, essentially smiling at the kind stranger who smiled first. And when the researchers offered a hand for inspection, the cats would often follow-up the slow blink by coming in for a visit.

This changes the perception that cats aren’t friendly, more so illustrating that humans haven’t yet quite figured out the nuances of feline speak. But we are learning! 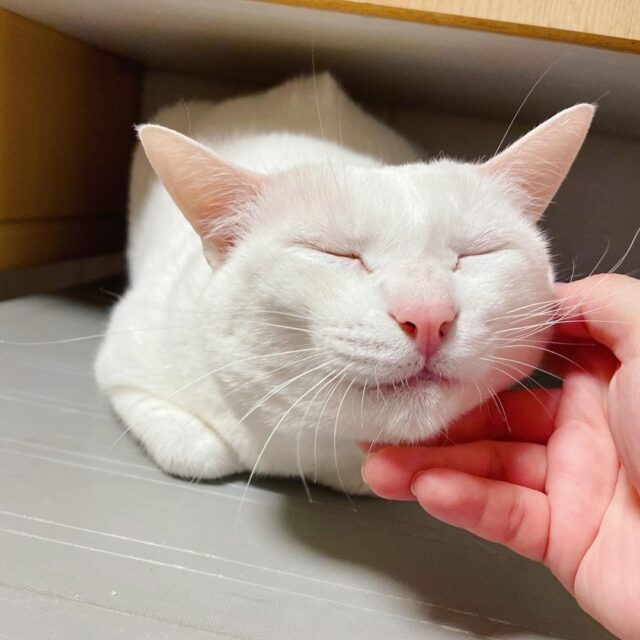 Try it at Home

Professor McComb recommends trying the slow blink with your cats or even cats you’re just meeting. “It’s a great way of enhancing the bond you have with cats. Try narrowing your eyes at them as you would in a relaxed smile, followed by closing your eyes for a couple of seconds. You’ll find they respond in the same way themselves and you can start a sort of conversation.”

And who better to have a friendly chat with other than your cat! 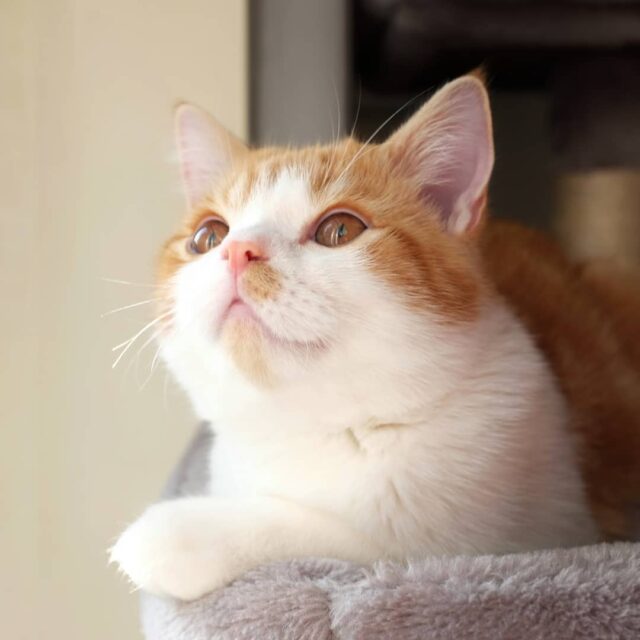 The Why Behind the Blink

But why is slow blinking considered a friendly gesture in cat world?

We haven’t really figured that out yet, but there are thoughts on the matter. Cats, like many predators, consider unblinking, long stares a threat. So, it stands to reason, by adding long, dramatic blinks to a stare is a way of indicating everything is chill.

So, have a look at your kitty and give them a long, slow blink. Bet you get the blinky ‘smile’ right back! 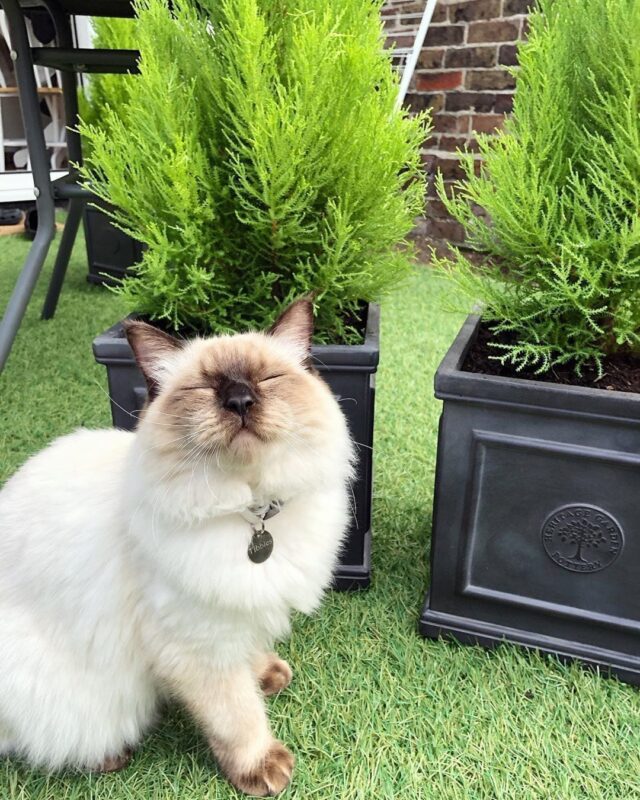