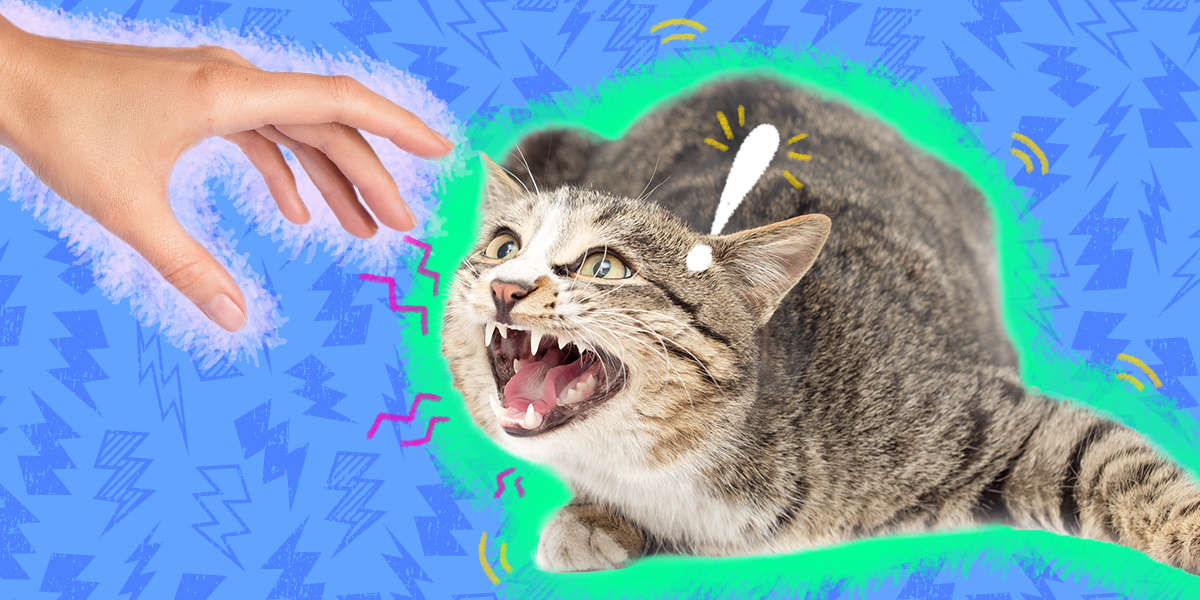 You know your cat is sweet, adorable and loving. But your friends aren’t so convinced. They think he’s mean and cold because he always hisses at them.

You might not understand why your precious angel turns into a hissing machine around your friends — and you might even wonder if something’s wrong with your cat.

But don’t stress! The Dodo spoke with Dr. Andrea Y. Tu, medical director of Behavior Vets in New York City, to find out what’s up with all that hissing.

Why do cats hiss?

While hissing sounds mean, it’s actually totally natural, and based on fear more than anything else.

While lots of people think a hissing cat has a bad attitude, Dr. Tu explained that the behavior doesn’t mean a cat is unfriendly or rude.

“I feel they [cats] have the worst PR person ever because somewhere along the line they got the bad reputation that hissing is mean, and it’s not,” she said. “Hissing is a sign of fear.”

Why your cat is cool with you — but not your friends

Your friends might find it super uncomfortable to have your cat hiss at them whenever they come over. After all, it’s no fun feeling like someone obviously doesn’t like you, even if that someone is a cat.

But it’s important to explain to your friends that your cat doesn’t hate them. He’s simply afraid of them.

“One thing you can do is just let people know that if a cat is hissing, or if they’re swatting, then it’s simply them asking to increase distance” Dr. Tu explained.

The reason a cat’s hiss sounds so mean and scary is because it’s part of his fight-or-flight response, so it’s intended to keep predators from attacking.

Why do cats suddenly hiss after acting like they wanted to be petted?

On the surface, this behavior might make it seem like your cat is being hot and cold. However, he might not have been asking to be touched at all.

“If they come up to you and they rub up against you, they may simply be just greeting you,” said Dr. Tu. “That may not entirely be encouraging petting.”

Even if they were asking for affection, cats don’t always enjoy being petted for very long.

“This is where cats are a little special,” Dr. Tu clarified. “They have a very low tolerance for petting. They’re not going to be like dogs where they’re going to be there for 30 minutes.”

In that case, how can you tell what your cat really wants? For that, Dr. Tu recommends a consent test.

“If you’re petting any animal, you pet them for maybe two or three seconds and then you leave your hands and let them be and see if they come up and ask for more,” she said.

If the cat leans back into you, that’s how you know to keep petting. But if you pet him for too long, he’s going to let you know.

“If you pet a cat for 10 seconds and then they hiss at you afterwards, it’s because the petting has lasted for a little longer than they want,” Dr. Tu said.

What to do when your cat is hissing

According to Dr. Tu, the best thing to do is actually nothing.

“If you find a cat is hissing at you, walk away,” she advised. “Don’t look at the cat. Don’t try to interact with it.”

And whatever you do, DO NOT hold out your hand to a cat as a peace offering.

“The worst that you can do when a cat or a dog is acting aggressive is stick your hand out,” Dr. Tu said. “That means nothing in cat language.”

And since hissing is a completely normal behavior in cats, there isn’t really anything you can — or should — do to get them to stop.

If anything, you should be getting your friends to look at their own behavior instead.

“The most effective treatment and training is to treat and train the person that’s doing it,” expressed Dr. Tu. “What are you doing to make this cat scared? Stop doing it. You’re going to get less hissing.”