Looking for a fun new game to shake off the boredom?

Do you love cats?

Then Do You Look Like Your Cat? is the game for you!

In this family-friendly matching card game, you can flex your memory skills and chuckle at humans and the cats they look like. Or do the cats look like the humans?

Either way, this game is a good time! 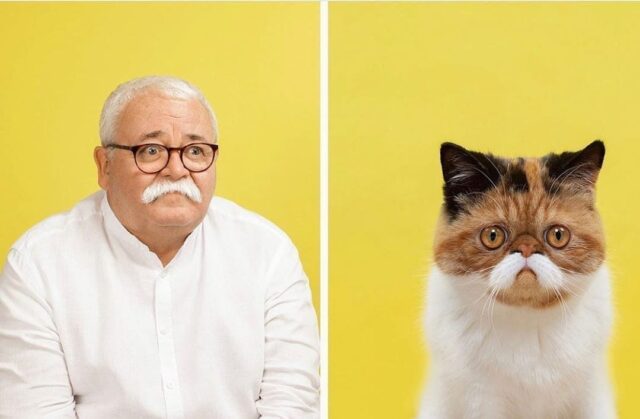 Players of the game have 50 cards with photos of cats and humans, “and humorous texts are included in the booklet to provide clues about 25 people and their furry best friends,” according to game publisher Laurence King.

To play, you’ll need to match the cat to their corresponding human and the player with the most matches at the end of the game wins!

Do You Look Like Your Cat? “is the perfect gift for cat lovers.”

We think so too!

The cat photography makes the game amazing and while its adorable, photographer Gerrard Gethings said cats being cats made the photoshoots difficult. With the lights and camera ready, he and the cat parents would do everything in their power, which included laser points, treats, and sweet talk, but some cats just wanted no part and hid. As he told the Guardian, he’d leave the cat’s house “feeling quite defeated and a huge failure”.

In other instances, he’d find his hopes dashed by wily cat tactics. “The cats would jump up and sit on the table beautifully, lick their paws and just watch what was happening as I set up the backdrop”. As soon as Gethings would lift the camera though, “they’d jump off and hide and never come back. It seemed almost deliberate.” 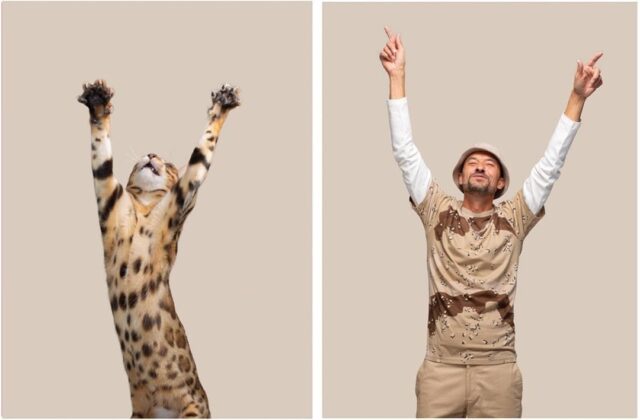 Gethings is also the genius behind Do You Look Like Your Dog? and he reported the dogs were much easier to photograph as they happily reported to his studio. On Instagram, he said, “We had to be a wee bit more inventive with the cats than the dogs.”

But he felt the cats were worth the work and deserved the same attention as dogs. 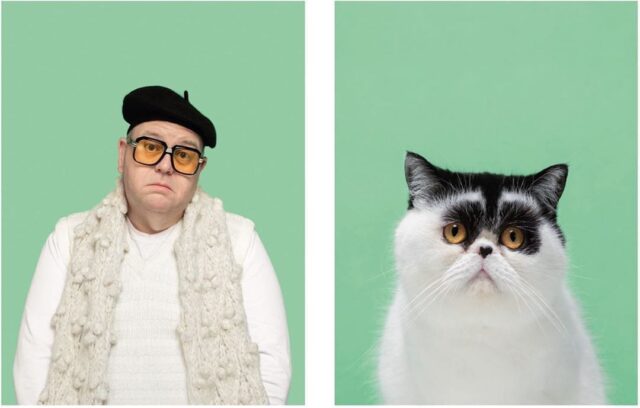 “Everyone’s seen someone who looks like a dog. It’s been an idea forever,” he shared. “But I don’t think people have thought, ‘That person looks a lot like a cat.’ I suppose there’s a feline quality some people can have, but not in the same way. They don’t have huge beards, or things dogs have, like a centre parting and long hair – easy matches. Cats are more difficult.”

Yes, cats can be difficult but that’s some of the magic that makes them so great! Pick up Do You Look Like Your Cat? and have some fun with the family.

One of our most amazing transformations at Dog Care Clinic, Sri Lanka
Good Nutrition Will Make This Opossum Walk Again | The Vet Life
【 Spam This Movie to Who Doesn’t Like Cat !!】 Kitten Grow Complete Different in 100 Days
An Old Arthritic Lion and Three More Ailing Big Cats Get Rescued from an Abandoned Roadside Zoo
Where do the guitarfish go? Scientists and fishers team up to find out