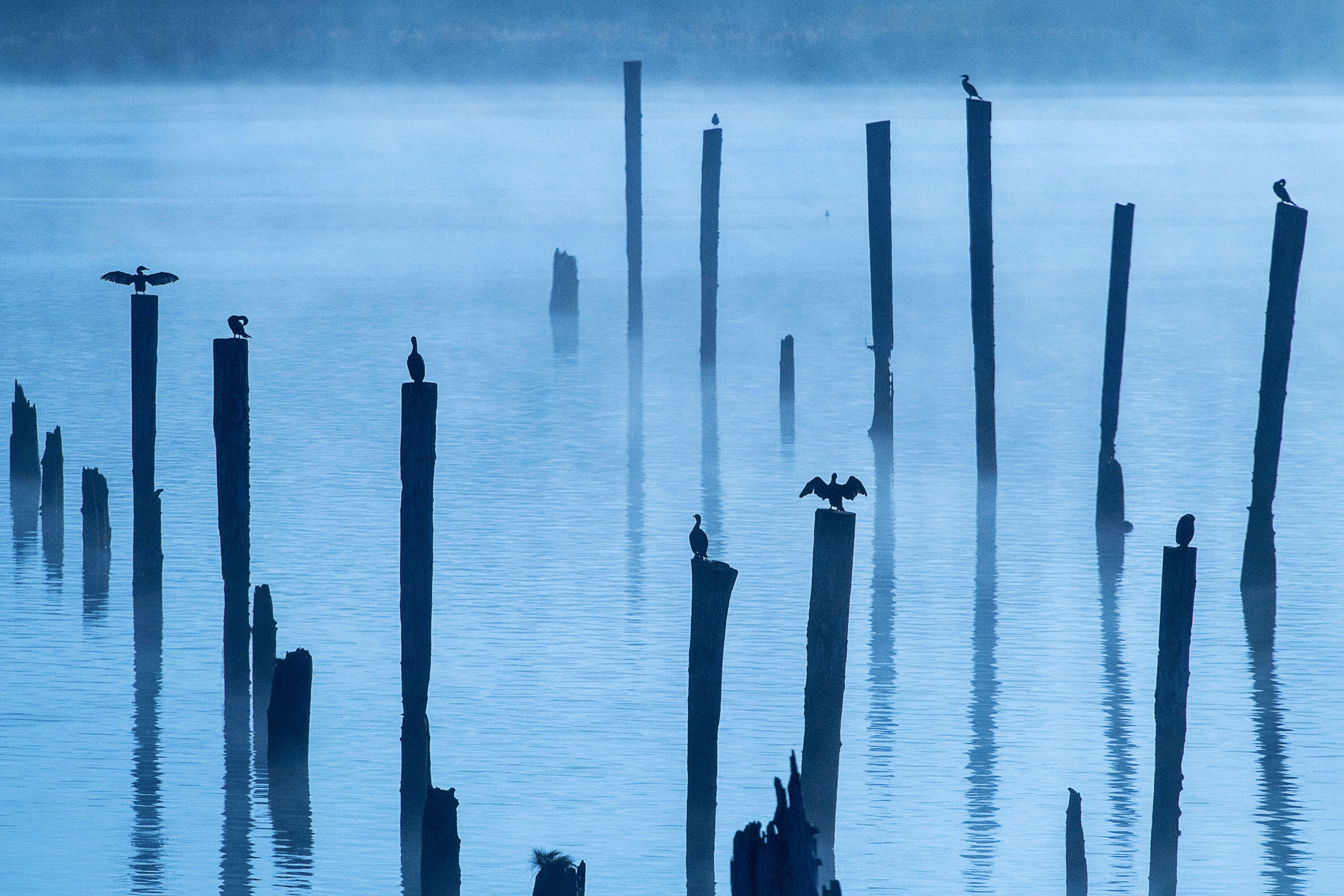 To seabird scientists, it was an ominous sign when the U.S. Fish and Wildlife Service announced, back in January, that it was putting together a plan to ramp up the lethal control of Double-crested Cormorants. The birds eat about a pound of fish per day and are much maligned by fishing groups. But they’re a native species, these experts said, and evidence that killing them brings fisheries relief is sketchy.

Now that the FWS has laid out its plan and is working to finalize it, those scientists are sounding a clear warning: If the agency moves forward as proposed, they say, it’s likely to wipe out the bird’s entire western population.

“The proposed rule is highly likely to be unsustainable,” says Peter Hodum, a University of Puget Sound biologist and vice-chair for conservation with the Pacific Seabird Group, a nonprofit science organization. “It’s realistic and not alarmist to say that it could result in the collapse of the western population.”

Wildlife managers recognize five populations of Double-crested Cormorants around North America. Fishing organizations have long complained that the widespread water birds are draining fisheries and local economies by preying on huge numbers of commercially important species. That’s especially true in the Great Lakes region, home to the Interior population, which at more than half a million birds is by far the biggest. The western population, which stretches from British Columbia to Mexico, has likewise been blamed for eating millions of juvenile salmon, including some protected under the Endangered Species Act.

Beginning in the late 1990s, the FWS aimed to address these conflicts through a pair of orders that allowed fish farmers and government wildlife agencies to “take” the birds to protect farmed and wild fish. Around half a million cormorants were killed under those orders before a federal judge revoked them in 2016 and ordered the FWS to conduct a new review of the cormorant program’s environmental impacts. Since then, the agency has issued individual permits with more limited take allowances. Those permits are for protecting fish farms and preventing property damage, but can’t be used to deter cormorants from eating wild fish populations, except for threatened and endangered species.

Demand for those permits has continued to climb, however, and processing them one by one is clunky and slow, say those familiar with the system. To make the program more efficient and comprehensive, the FWS proposed in June to give state and tribal fish and game agencies in the contiguous 48 states the flexibility to kill birds as they see fit, including for protecting non-endangered fish. Instead of seeking individual permits to address conflicts one-by-one, these agencies would receive blanket approval to kill a permitted number of the birds within their jurisdiction, with the nationwide take limit totaling 123,157 birds per year—around 13 percent of the total population in the U.S. and Canada. The new program would require states and tribes to first use and find ineffective non-lethal methods such as pyrotechnics or lasers before killing the birds.

A spokesperson said the FWS is reviewing comments on the proposal and declined to say when the agency will issue a final rule. In a June press release on the proposed rule, FWS Director Aurelia Skipwith described it as “the latest in a series of actions the Service is taking to balance native wildlife by responsibly managing double-crested cormorant populations under the Migratory Bird Treaty Act.”

But seabird scientists tell Audubon magazine that the plan is built on a population model whose underlying assumptions are riddled with errors. As a result, they say, the FWS is underestimating the impact of the level of cormorant killing it’s preparing to authorize.

For instance, the model assumes that all cormorant populations could rebound from a cull as fast as the population around the Great Lakes grew between 1979 and 2009. But that was a period of explosive growth—driven, in part, by a ban on the insecticide DDT—in which that population spiked from near zero to more than 200,000 breeding birds. That assumption is particularly dangerous for the western population, whose best-case-scenario growth rate is about half of the one in the model, scientists say. “That’s not a subtle quibbling over details,” Hodum says. “That’s a massive difference.”

The model also bases its take limit on population estimates that are significantly higher than the best science suggests, Hodum and others argue. And they say it fails to consider the latest population trend data for birds in the West, where they’ve declined by 38 percent over the past five years.

Because the model is so deeply flawed, the supposedly sustainable take limit produced for the western population is much higher than the birds can actually absorb, critics say. The agency has proposed an annual take of 8,881 western birds, or around one-fifth of that entire population. That represents “nearly four times the take that this population could sustain without collapsing, based on the Service’s own population analyses,” according to comments on the plan submitted by Daniel Roby, a retired biologist who studied the birds with the U.S. Geological Survey and Oregon State University.

The agency has proposed an annual take of 8,881 western birds, or around one-fifth of that entire population.

Wildlife managers in Oregon welcome the idea of the permit program but share Hodum’s and Roby’s concerns. Under the current system, it can take years to obtain a permit to kill cormorants, by which point the colony in question may have relocated, according to James Lawonn, an avian biologist with the Oregon Department of Fish and Wildlife. “Lethal and non-lethal management are both important tools for conservation, and this permit offers further flexibility to use these tools in a way that is more proactive, nuanced, and responsive than the status quo,” Lawonn said in an email. Still, the proposed take limit “appears much higher than what would be sustainable for the western population,” he wrote.

As critics of the plan see it, the federal government shouldn’t saddle state agencies like Lawonn’s with the time-consuming and—particularly in the Pacific Northwest and Great Lakes region—politically sensitive job of managing cormorant conflicts. “The closer you go to the problem and the constituencies that are affected, the harder it is to have the political will to do the right thing,” says Stan Senner, vice president of bird conservation for the National Audubon Society. “What we would like is for the Service to stick up for the birds, to insist on good science, and if there’s a need for management or control, to do so on the most localized scale possible.”

Roby, who has spent years studying how cormorants influence fish populations in the Pacific Northwest, agrees that local solutions to conflicts should be the priority, and is adamant that lethal control should be the last resort. There is fundamental disagreement in the scientific literature about whether killing cormorants can boost fish populations, he says, and the science doesn’t suggest that slaughtering tens of thousands of the birds nationwide will resolve local conflicts.

“That’s what’s so sick about this,” Roby says of the FWS proposal. “They’re regressing to some kind of early-20th century or late-19th century approach to wildlife management. That is what needs to be exposed.”

This article was first published by Audubon on 26 October 2020. Lead Image: Double-crested Cormorants on the Columbia River in Oregon. Photo: Jeff Mauritzen.

Can my cat get Covid19? Cat Care by VetVid
Weird Cat Behavior Explained
How to Brush Your Dog’s Teeth – VetVid Dog Care Video
Kitten Who Can’t See, Now Has Another Cat to Help Him Navigate and Learn to Be Brave
What do you like or dislike about this dog training series? #DogTraining