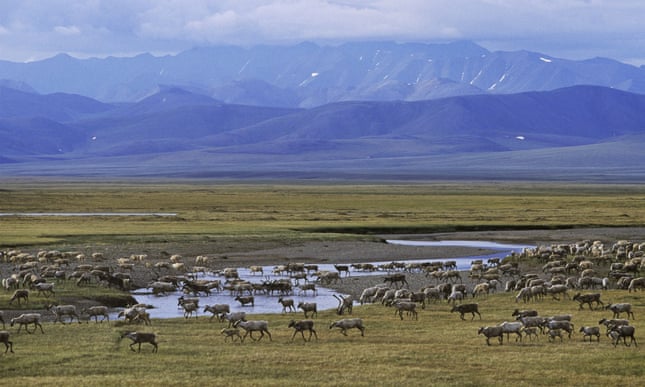 In a last-ditch attempt to make good on promises to the oil and gas industry, the Trump administration is rushing to formalize plans to drill for oil in the Arctic national wildlife refuge before Joe Biden takes office. On Tuesday, the Bureau of Land Management initiated the process with a formal “call for nominations”, inviting input on which land tracts should be auctioned off in the refuge’s 1.5m-acre coastal plain region.

The call for nominations “brings us one step closer to […] advancing this administration’s policy of energy independence”, said Chad Padgett, the BLM Alaska state director, in a statement.

The call for nominations lasts 30 days, which would allow the bureau to begin auctioning leases for land tracts to oil and gas companies just days before Biden’s inauguration on 20 January. The coastal plain region, where land could be auctioned, is considered some of the country’s last pristine wilderness, containing dozens of polar bear dens, essential migratory bird habitat, and caribou calving grounds held sacred to the Gwich’in people.

“Oil and gas drilling could wipe out polar bears on the coastal plain of the Arctic national wildlife refuge in our lifetimes,” said Jamie Rappaport Clark, president and chief executive of Defenders of Wildlife, in a statement.

Native communities in the region say they will also be disproportionately affected by the leasing of Arctic lands to oil and gas companies.

“The adverse impacts of oil development in these sacred and critical caribou calving grounds will be heavily felt by Gwich’in and Inupiat villages,” said Jody Potts, Native Movement regional director, in a statement. “As a Gwich’in person, I know my family’s food security, culture, spirituality and ways of life are at stake.”

The rush to sell leases appears to be spurred by Biden’s very different approach to public land management. He has promised to “permanently protect” the refuge and ban all new oil and gas leasing on public lands, making it unlikely that leases will be sold once Biden takes office.

Even if the BLM holds an auction as early as 17 January, it’s unclear how much bidding will take place. The oil industry is also having a particularly bad year; two dozen banks have announced that they would not fund fossil fuel extraction in the Arctic refuge. And either way, it could be years before any drilling might take place, given the environmental reviews required to do so.

“If BLM holds an auction, but doesn’t get as far as issuing leases, the new administration may be able to avoid issuing them, particularly if it concludes the program or lease sale was unlawfully adopted,” said Erik Grafe, an attorney with the environmental law non-profit Earthjustice.

Drilling in the refuge has been fiercely opposed for decades and remains extremely unpopular; the Yukon government in Canada has recently voiced opposition to oil exploration in the region due to the harm it could cause to the 200,000 Porcupine caribou who use the coastal plain as calving grounds.

In August, more than a dozen environmental organizations sued the Trump administration to block drilling in the refuge, citing “irreparable damage to one of the world’s most important wild places”.

If sales do occur before Biden takes office, it would be challenging – but not impossible – for Biden to walk back leases issued.

“Even if leases are issued by the Trump administration, the Biden administration could seek to withdraw the leases if it concludes they were unlawfully issued or pose too great a threat to the environment,” Grafe said.

In addition to rushing lease sales in the refuge, the Trump administration has fast-tracked seismic testing for oil on the coastal plain, trimming a permitting process that would normally take up to a year down to a few months. The testing, proposed by Kaktovik Inupiat Corporation, could begin as soon as December and run until May. Environmentalists oppose testing, which involves 90,000lb (41,000kg) “thumper” trucks that could leave permanent scars on the landscape and disturb denning polar bear mothers.

The Arctic refuge’s coastal plain has been at the center of a fierce battle over oil extraction on public lands for decades. It was earmarked for potential development in 1980 but remained protected until a Republican-controlled Congress added a provision to a tax bill in 2017 that finally opened the area to oil development.

The Gwich’in people, who have lived in the area for thousands of years, have consistently opposed drilling in a land they call iizhik gwats’an gwandaii goodlit, or “the sacred place where life begins”. Their opposition has remained strong as they have borne the brunt of the climate crisis’s impacts. The call for nominations comes during a month when Arctic sea ice is at a record low and temperatures are at a record high for this time of year.

“The Trump administration opening up oil lease sales is devastating to our way of life as Gwich’in people,” said Quannah ChasingHorse Potts, a member of the Gwich’in Youth Council. “The Gwich’in people’s identity is connected to the land and animals. We have lost so much [that] we can’t afford to lose more.”

This article was first published by The Guardian on 17 November 2020. Lead Image: The Porcupine caribou herd crossing the Turner River. Drilling in the refuge has been fiercely opposed for decades. Photograph: Rex/Shutterstock.

We invite you to share your opinion whether the Trump Administration should be allowed to auction leases in the Arctic refuge to the oil and gas industry? Please vote and leave your comments at the bottom of this page.