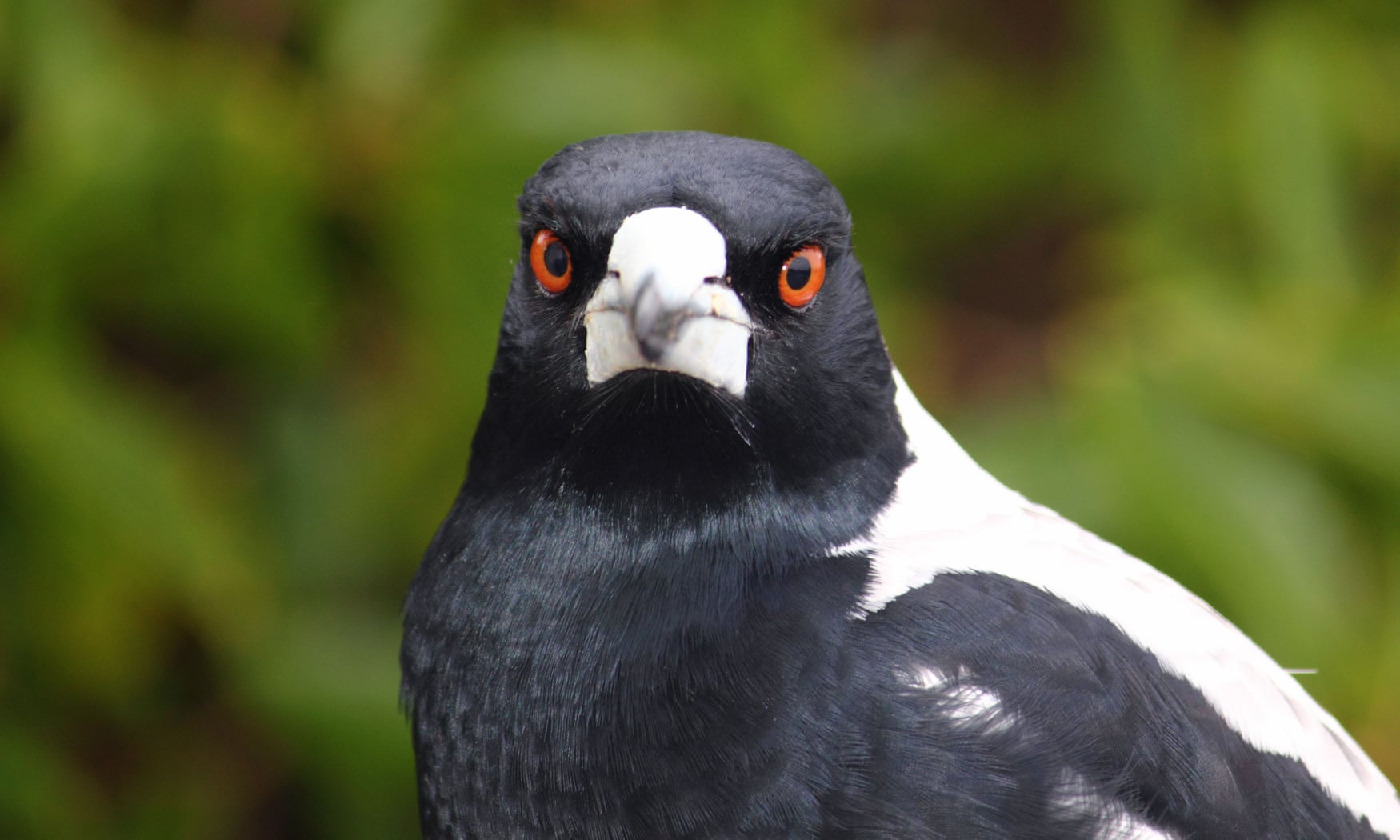 When Victorian man James Glindemann sat down just outside his local mall to enjoy his Chinese takeout, he was happily surprised to see a magpie, and greeted the bird: “How are you going?”

Magpies are one of Australia’s most intelligent and loved birds, and Glindemann’s reaction is a common one. In 2017, they were voted favourite in the Guardian/Bird Life Australia’s bird of the year poll.

But while Glindemann may have expected a gentle warble reply, instead he ended up with a double eye injury and was rushed to the Royal Victorian Eye and Ear hospital where he had to undergo surgery. The magpie had become defensive, swooping both sides of his face.

These sorts of attacks, while uncommon, mostly occur in early spring during breeding season when magpies are defending their nests.

So what happens to those magpies considered a threat to human safety? Magpies are a protected species in almost every state and territory, which means ordinary citizens can’t take up arms against a problem bird. Instead it is left to national parks staff, local council and police.

Each season, there are accounts of aggressive magpies being shot by authorities. In 2018, police in Lismore shot dead a magpie and last year a spate of complaints led to a magpie being shot in Bella Vista in north-west Sydney after attempts to relocate it failed.

Public anger over the shooting was swift. The Animal Justice party’s Heidi Vasilevskis told the ABC that the bird’s death put at risk an entire brood of magpie chicks.

“This parent bird was a food source for new chicks … I am outraged and upset beyond words,” she said. “I truly fear for the future of our unique and precious animal life.”

But Griffith University’s Darryl Jones, who has been studying magpie attacks since the 1990s, says the best way to protect magpies and maintain human safety is to catch and move the birds.

Jones has provided guidance to councils and state government agencies across Australia. Queensland adopted his recommendations and now routinely relocates problem magpies, but Jones says that advice is being ignored in NSW.

“We showed you can manage aggressive magpies without killing them. In NSW, they oppose that, for reasons I don’t understand,” Jones says.

Of the 596 licences to harm magpies, only 24 opted for the catch and release method, while the remaining 572 were used to shoot or euthanise the bird.

Between August 2014 and September 2019, of the 67 licence applications that included information about non-lethal methods, none had attempted the catch and release method, a freedom of information request obtained by Guardian Australia shows.

A spokesperson for the NSW NPWS says they have incorporated findings from Jones’ paper into its magpie management but still recommends against translocating, arguing it creates “unacceptable suffering and stress on the animal”.

The magpie itself benefits from the translocation. If they’re attacking, they’re usually stressed and need more space
Darryl Jones

Jones says the claim by NSW authorities that relocation causes suffering is untrue. “Almost every time there’s been drama around a magpie being shot, it’s happened in NSW. And they roll out the same myths.

“With a tiny bit of training they’re the simplest bird to catch, you just need a cage and a decoy bird. The longest it’s taken me to catch a magpie was about five minutes. Not to mention, the magpie itself benefits from the translocation. If they’re attacking, they’re usually stressed and need more space. There’s simply no excuse for killing magpies. It’s ignorance.”

Ornithologist Gisela Kaplan, author of the book Australian Magpie, agrees the birds are easy to catch and that issues with relocations are rare. “In 2020, there is no excuse for killing a native bird protected by law. The science is settled. Magpies are declining and we need to be more mindful of how we deal with them.”

BirdLife Australia reported a 31% decline in magpie populations along the east coast.

Earlier this year, BirdLife Australia reported there had been a 31% decline in magpie populations along the east coast, with further declines expected. Issues such as climate change and habitat loss threaten their existence.

Kaplan says that just 15% of magpies successfully breed each year, and if we continue to shoot protective males, Jones and Kaplan worry about the impact this will have on the future of magpies.

Sean Dooley, the national public affairs manager of BirdLife Australia, says the number of licences given out to harm animals and the wide range of species is always “jaw-dropping”. But he’s says, when it comes to licensing, it’s a bit of a juggling act.

“It’s difficult because if you make the permits too inaccessible or difficult to obtain, you’re encouraging landowners to just take the law into their own hands and you get shocking situations like in East Gippsland where a guy poisoned over 400 wedge-tailed eagles.

“I’m based in Victoria and I’m quite often disappointed and downcast to see how many permits are given out.

“It smacks of laziness and lack of imagination in that it’s the outdated mode of ‘native animals are a problem and the only way to get rid of them is to shoot them’.”

This article was first published by The Guardian on 14 November 2020. Main image: Bird experts say the best way to protect magpies and maintain human safety is to catch and move problem birds. Photograph: Alamy Stock Photo.

We invite you to share your opinion whether Australian magpie attacks should be deterred by killing or relocating them? Please vote and leave your comments at the bottom of this page.