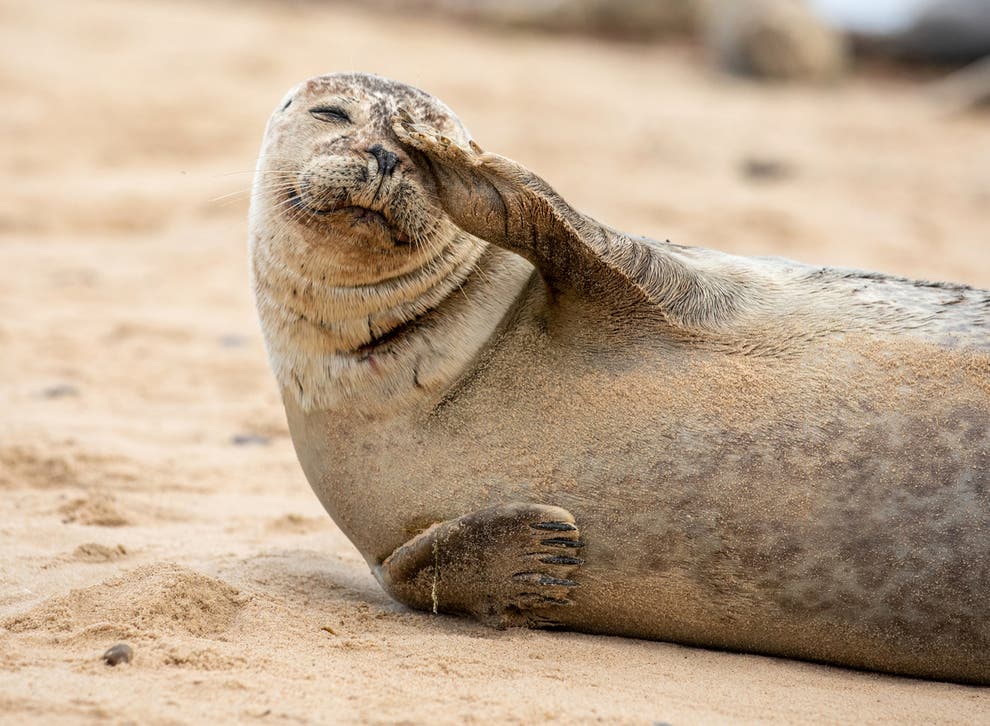 Seal conservation groups around the UK have launched a petition urging government to make it “unlawful to touch, feed, chase or worry a seal in England and Wales”, which already has more than 17,000 signatures.

Volunteers have taken to patrolling certain British beaches to discourage tourists from disturbing or getting too close to the seals.

Matt Barnes from the Yorkshire Seal Group is particularly concerned about the county’s colonies.


“On our coast, there have been 67 seal disturbances this month but the true figure will be higher,” he said.

“Each time a seal is disturbed, it means it is not resting or tending its pups. We have some of the country’s most run down seals here in Yorkshire.

“Many have a serious calorie deficit because their resting time is constantly disturbed and they feel harassed.

“And they are fatigued because they are woken up all the time. The current laws apply only to whales and dolphins but seals are the most vulnerable.”

The RSPCA and local police forces have backed the campaign, warning that seals can react aggressively when threatened.

“Seals can be unpredictable when they may appear quite docile,” warned Richard Fussey of Humberside Police.

“They will react on instinct out of fear. If feeling threatened, they can bite from some distance away.”

Geoff Edmond, from the RSPCA, added: “Our message is, ‘Observe, don’t disturb’.”

The petition also references dog attacks, saying “Seal sightings are increasing across the country and this has led to more frequent and sometimes deadly interactions between the public and their pets.”

This article by Lucy Thackray was first published by The Independent on 1 September 2021. Lead Image: Fed up: grey seals are one of two species native to the UK (Getty Images/iStockphoto).

Kitten Decides to Be Raised by Dog After Being Found Alone, and Turns into Affectionate Fluff Ball
Family Looking to Adopt Pair of Kittens But Find Out They Have Another Sibling Who Needs a Home
TAKE YOUR TIME to RELIEVE STRESS & LAUGH HARD – The FUNNIEST ANIMALS
A Tender Passing: In-Home Euthanasia Provides Comfort and Peace
Here Are Some Hilarious Pets, Just To Make Your Day Better – Funny Videos