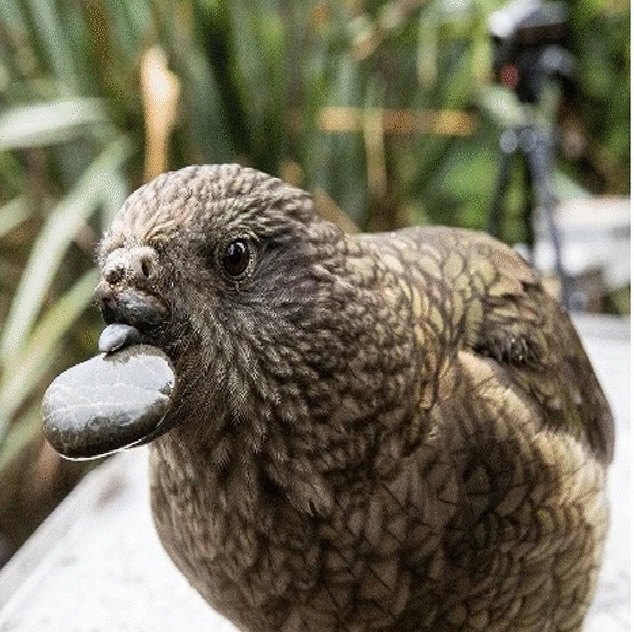 A hallmark of life is the ability to make things work despite a debilitating condition that works against the norm. As humans in an advanced technological age, we have crossed great distances in making life easier for those that are in need. A missing leg or arm can be “replaced” with strong titanium prostheses. And while they don’t replace the original, they are excellent and can be optimally worked with. Animals with missing parts have been helped by the utilization of 3D printing and other helpful things. But honestly, a lot of the work must come from the individual. That includes animals and birds that have become debilitated by unfortunate accidents.

In a published report for Nature in their Scientific Reports journal, the story of a disabled kea parrot comes to light. The 8-year-old kea (estimated age) located in New Zealand was discovered in 2013 as a young bird by researchers of kea parrots. His upper beak was found to be mostly missing. The juvenile was captured and taken to a facility where he was brought back to sustainable health. The injury is thought to be a result of being caught in a trap designed for other creatures. The kea was named Bruce by the staff and kept at Willowbank Wildlife Preserve in an aviary for his protection.

In 2019, a keeper witnessed Bruce using an edged pebble from the pathways in the aviary to preen itself. Without the upper part of his beak, necessary and effective preening is difficult. Researchers were alerted and Bruce became an immediate subject of observation. Parrots using tools to do work they are unable to achieve easily is an important study as it reveals to us that a parrot can adapt like a primate could.

A New To Preen

The researchers watched to ensure that the use of a selected pebble to clean its feathers wasn’t an accidental one-time thing. Over the course of nine days, they watched and recorded Bruce continually selecting appropriately shaped pebbles, fit them into his mouth between his tongue and lower beak as a wedge, and use them to move along his feathers to clean them of embedded dirt and embedded parasites.

Tests were created to become assured that Bruce was deliberate in his selection and use of pebbles in preening. If this were his doing, then it was clear that Bruce was being innovative in his actions. It was discovered that in near 95% of the time Bruce picked up a pebble, it was unmistakably being used for the specific purpose of preening his feathers. Bruce had taught himself a trick, thereby successfully overcoming a terrible debilitation and living a fuller, more satisfying life because of his intelligent display. For Bruce, this was a unique display as none of the other Keas in the aviary replicated the process. But Bruce had a need to innovate where the other birds had no need.

To further validate the learned trick, more videos were recorded that showed Bruce reacquiring a dropped pebble or selecting a different one to continue with the preening. Bruce had effectively proven to researchers that Keas are capable of self-care by use of tools if it were necessary. Since Bruce is unusually challenged, this display speaks volumes of the thought processes of a bird and the ability to overcome problems. Bruce the Kea did not always use a pebble to preen but when he went for a pebble, that is exactly what it was used for.

Lafeber could not be any prouder of Bruce and his abilities. And we’re equally proud of researchers discovering how to make the world a better place for our beloved birds.

You can read a more in-depth report of Bruce and the study of his use of rocks and implements here.

The community of living things find ways to exist in a difficult world. Bruce is one of those

Saving sea turtles in the ‘Anthropause’: Successes and challenges on the beach
A to Z about Pregnant Dog care in tamil | How to take care of your dogs after mating | தமிழில்
CRIKEY! 10-Year-Old Reptile Fan Bitten By Pet Snake | BEAST BUDDIES
Reveal: The Shaq Diesel Tank
What Nobody Tells You About Having a Puppy