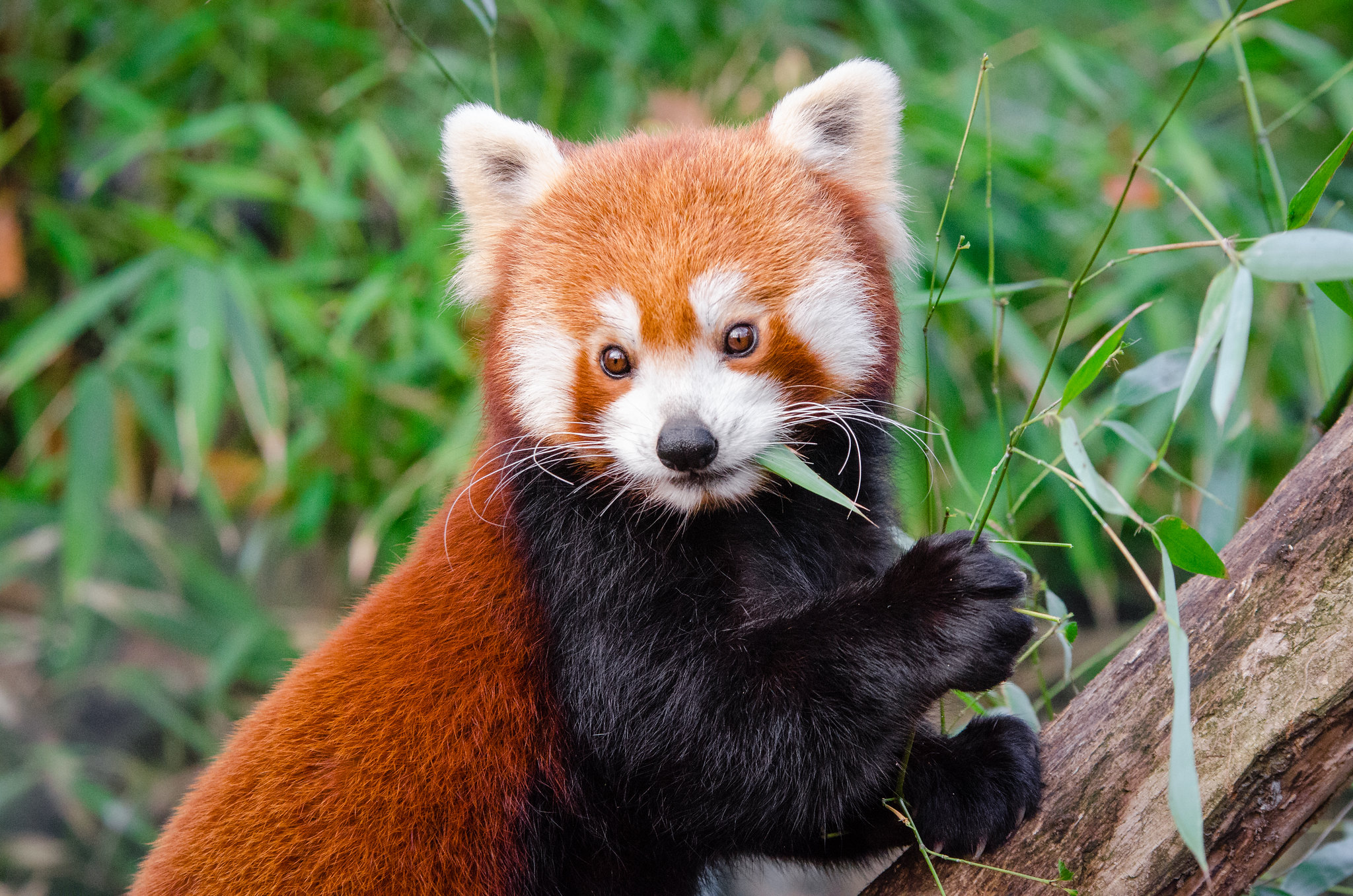 The Hkakaborazi landscape at the northern tip of Myanmar is dominated by precipitous snowcapped peaks that tower over rainforest-cloaked slopes and valleys below. Rugged and remote, the region is home to Southeast Asia’s highest mountain, Hkakabo Razi, which rises to 5,881 meters (19,295 feet) close to where the borders of Myanmar, India and China meet.

The landscape is also a haven for large mammals, including globally threatened species such as Chinese red pandas (Ailurus styani), clouded leopards (Neofelis nebulosa) and Shortridge’s langurs (Trachypithecus shortridgei), according to findings of a camera-trapping study recently published in Global Ecology and Conservation.

Much of the region is accessible only by many days’ walk through unforgiving terrain, so it has remained remote and little-surveyed, Ye Htet Lwin, the study’s lead author and postgraduate student at the Chinese Academy of Sciences (CAS), told Mongabay.

Notwithstanding, tantalizing signs of hidden wildlife have been uncovered over the last few decades, with scientists describing several species of mammals and birds new to science. But given the scale of the landscape, spanning the transition from lowland tropical forest to the Tibetan Plateau, experts say there’s still much that remains hidden.

Keen to reveal some of the mystery, Lwin and study co-authors from the CAS and the Myanmar Forest Department took on a large-scale camera-trapping study to investigate the diversity and distribution of large mammals both within and outside of the region’s formally protected areas. Their survey took place from 2015 to 2019, before this year’s military coup in Myanmar.

“We recorded a lot of species, including threatened and rare species, most of which are really important for conservation,” Lwin said, adding that many species that were recorded by scientists surveying mammals in the region more than two decades ago surfaced again in the new surveys. “This means we still have a chance to conserve the biodiversity there.”

Welcome to the jungle

To study the large mammals, Lwin and his colleagues trekked for weeks at a time to position cameras in the remote forests and mountain slopes of two protected areas that hug the India and China borders: Hkakaborazi National Park and Hponkanrazi Wildlife Sanctuary. They also placed cameras in a large area to the south that the Myanmar Forest Department has proposed as an extension of the national park.

Between 2015 and 2019, the team deployed 174 camera traps at altitudes ranging from 470 m (1,500 ft) to more than 3,000 meters (9,800 ft) throughout the 11,280-square-kilometer (4,350-square-mile) study area. To reach those heights, Lwin and his colleagues faced a grueling slog through densely vegetated subtropical rainforest that eventually opened up into pine and rhododendron groves and finally alpine meadows where they could glimpse jagged mountain tops wreathed in mist beyond.

While the scenery was beautiful, it was an arduous task, Lwin said: “Sometimes when we walked for one or two hours, we would only cover about 100 or 200 meters [330 to 660 ft] of ground because of the steepness.”

They also had to avoid landslides and deal with flooded, rain-swollen rivers that blocked their progress, necessitating precarious detours into the forest to find alternative routes, not to mention “exciting” encounters with venomous snakes, Lwin said.

By the end of their survey, the research team had amassed a total of nearly 10,000 usable photographs, half of which were of large mammals. The cameras detected 31 terrestrial large mammal species and two tree-dwelling species: a black giant squirrel (Ratufa bicolor) and a flying squirrel (Biswamoyopterus sp.), which the researchers did not identify to the species level. The cameras did not pick up eastern hoolock gibbons (Hoolock leuconedys), but the researchers heard them vocalizing in the forest, and a further six large mammals were added to the inventory through consultation with local villagers who showed the researchers animal remains of local provenance.

Detecting a red panda on a single camera trap at an elevation of 2,700 m (8,900 ft) was particularly gratifying, Lwin said. Until 2020, red pandas were generally considered to belong to a single species, but following a CAS-led genome sequence analysis of 65 wild red pandas, scientists now suggest there are two distinct species: the Himalayan (A. fulgens) and the Chinese red panda. The sole red panda photograph was clear enough to convince the researchers that it was a Chinese red panda, based on its striped tail-rings and red face.

In the past, red pandas were thought to be related to racoons or bears, but they are now known to be a family of their own and one of the most evolutionarily distinct and globally endangered (EDGE) mammals in the world.

Several other EDGE species were detected by the camera traps, including dholes, Shortridge’s langurs and takins (Budorcas taxicolor). Moreover, the researchers identified mammals that live in a very small geographic range, including leaf muntjac deer (Muntiacus putaoensis) and Gongshan muntjacs (M. gongshanensis), providing “compelling evidence for the crucial role of northern Myanmar for mammal conservation, not only at a regional scale, but also globally,” the study says.

By analyzing the species’ elevational distributions, the researchers found a clear zone where the montane and lowland mammal communities meet at 1,600 m (5,200 ft). This transition zone, or ecotone, is also where upland forest begins to dominate and is incredibly important for conservation since it represents a refuge zone where animals can escape human pressures in the lowlands, such as agricultural expansion and hunting, Lwin said.

While the cameras revealed that both protected and non-protected areas support a diverse assemblage of large mammals, the study says agricultural expansion, small-scale shifting cultivation and hunting frequently occur in the latter. The authors recommend that the Forest Department’s proposals to extend Hkakaborazi National Park into the forested land to the south be implemented to urgently conserve its biodiversity.

Lwin said that while the new study provides evidence that the southern extension is important for large mammals, conservation measures will only be successful with the full inclusion and support of local communities who have lived alongside the forest for generations.

Despite the demanding fieldwork, Lwin said he would like to go back and set up cameras at even higher elevations to find out whether mountain specialists, such as snow leopards (Panthera uncia), are present. “We actually missed a lot of information in elevations over 3,200 meters [10,500 ft],” Lwin said. “If we can cover those areas then we can really evaluate the biodiversity in the Hkakaborazi landscape.”

This article by Carolyn Cowan was first published by Mongabay.com on 13 September 2021. Lead Image: A red panda, once thought to be related to racoons or bears, but now known to be a family of its own. Image by Mathias Appel via Flickr (CC BY-NC 2.0).