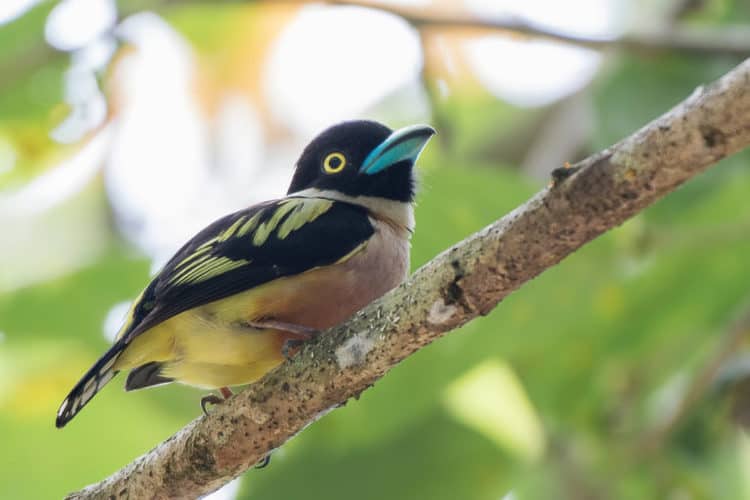 Malaysia is the second-largest palm oil producer in the world, behind only Indonesia. In 2020 alone, Malaysia was responsible for more than a quarter of global palm oil production. But for the country’s forests and wildlife, plantation agriculture is an industry that comes at a cost.

Across Peninsular Malaysia, where nearly half of the country’s palm oil is produced, demand for agricultural land is increasing in step with population growth and expanding commercial use of oil palm. And while 84% of Peninsular Malaysia’s remnant native forest cover is classified as permanent forest reserve, these forests remain threatened by land clearing, and with them the rich bird life that depends on the habitat these forests provide.

A recent study presents one possible way to mitigate the threat habitat loss poses to Malaysia’s bird life: the creation of more diverse agroforestry systems. These multicrop agricultural environments create a more complex habitat for birds — and might just benefit farmers too.

The study, published in Forest Ecology and Management, compared and analyzed the number and type of bird species found in plantations of oil palm (Elaeis guineensis) and rubber tree (Hevea brasiliensis) in Peninsular Malaysia against agroforestry orchards, where multiple species are grown in the same plantation. In doing so, it sought to determine the overall effect of changes to land use on bird biodiversity in the region.

The researchers found more species in mixed orchards than in monoculture plantations, suggesting that agricultural areas with more tree species are better structured to support bird diversity. The results also suggest that introducing fruit trees to encourage bird life into monoculture croplands would benefit farmers through the restoration of ecological functions, such as reducing the need for pest control through bird diet, without compromising yield.

Man Who Had Eye Removed Adopts Cat With One Eye From Shelter
Disabled Parrot Finds His Footing With Help From Dedicated Med Student
Most Viral DOGS on the internet! 🐕 Ultimate Funniest Doggos Compilation!
Mountain lion P-54 is killed by vehicle four years after her mother died on the same road
8 Ways to Get Kitty to Love the Carrier