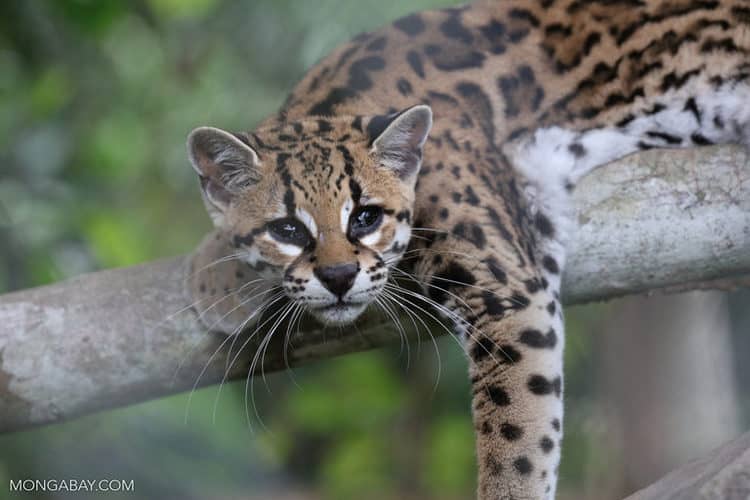 Satellites have detected forest clearing within Triunfo do Xingu this year, an area that’s supposed to be a legally protected swath of Amazon rainforest in Brazil’s northern state of Pará.

Home to jaguars, howler monkeys, rare margays, and a wellspring of other diversity, the protected area was created in 2006 as a sustainable use reserve, meaning that within its bounds (an area more than half the size of Belgium) landowners are legally required to keep 80% of their forests intact.

However, despite this requirement, 35% of the primary (or old-growth) forest within the Triunfo do Xingu Environmental Protection Area (APA) was lost between 2006 and 2021 — more than 533,000 hectares (1.32 million acres), according to satellite data from the University of Maryland (UMD), visualized on the Global Forest Watch platform.

That makes the Triunfo do Xingu APA one of the most deforested slices of the Brazilian Amazon in recent years, putting it in the top three of Brazil’s list of most deforested protected reserves.

The highest amount of forest loss since the creation of the protected area occurred in 2020, at almost 70,000 hectares (173,000 acres) — an area nearly the size of New York City. Although deforestation decreased in 2021, loss that year was still nearly twice the average rate between 2002 and 2021.

Lead Image: The Terra do Meio Ecological Station, near the Triunfo do Xingu Environmental Protected Area, is home to margays (Leopardus wiedii), small wild cats native to South and Central America. Image by Rhett A. Butler/Mongabay.

HUMAN & ANIMAL BABIES are the best COMBINATION! – You CAN NOT AVOID LAUGHING!
Funniest Pets of the Week Compilation April 2018 | Funny Pet Videos
1 Hour of Funniest Cat Videos on the Planet #2 – Best Funny Animal Videos 2022
Kittens Born Outside with Wobbly Feet, Nestle into Woman and Try to Win Her Over
Disabled Parrot Finds His Footing With Help From Dedicated Med Student